You are here: Home / The Escarpment Project Annual Clean-up / SIGN UP | GET INVOLVED | The Projects / Project Felker’s 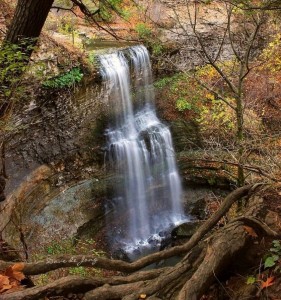 This year  we will be focusing on the area at the bottom of the escarpment. This is an area of high need as often times shopping carts, bicycles etc end up in the creek.

We will be meeting at Little Davis Falls area and then cleaning the area around  the Creek. It’s not advisable to bring children to this area if you plan on pulling items out of the creek.

People can also hike into the falls area down below and pull litter out of the creek before it heads further downstream and ends up in Lake Ontario.

For over 140 years the Felker family owned the land in which Felker’s Falls is located on.
John Felker and his wife, Mary, raised seven children on the land until he died in 1838. His oldest son, John Frederick Felker II, inherited the farm where he and his wife, Mary, raised their thirteen children. Following John Frederick’s possession of the land his sons divided the land and Frederick’s youngest son, Hiram Felker, inherited the property where the falls are located.  Hiram’s son Joseph Felker lived his entire life on the Felker’s Falls property farming the land. In 1961, Joseph died and his children sold the property to a construction company, however the land later became part of an acquisition program along the Niagara Escarpment to save and protect the natural land. Hamilton Conservation Authority now owns this land.