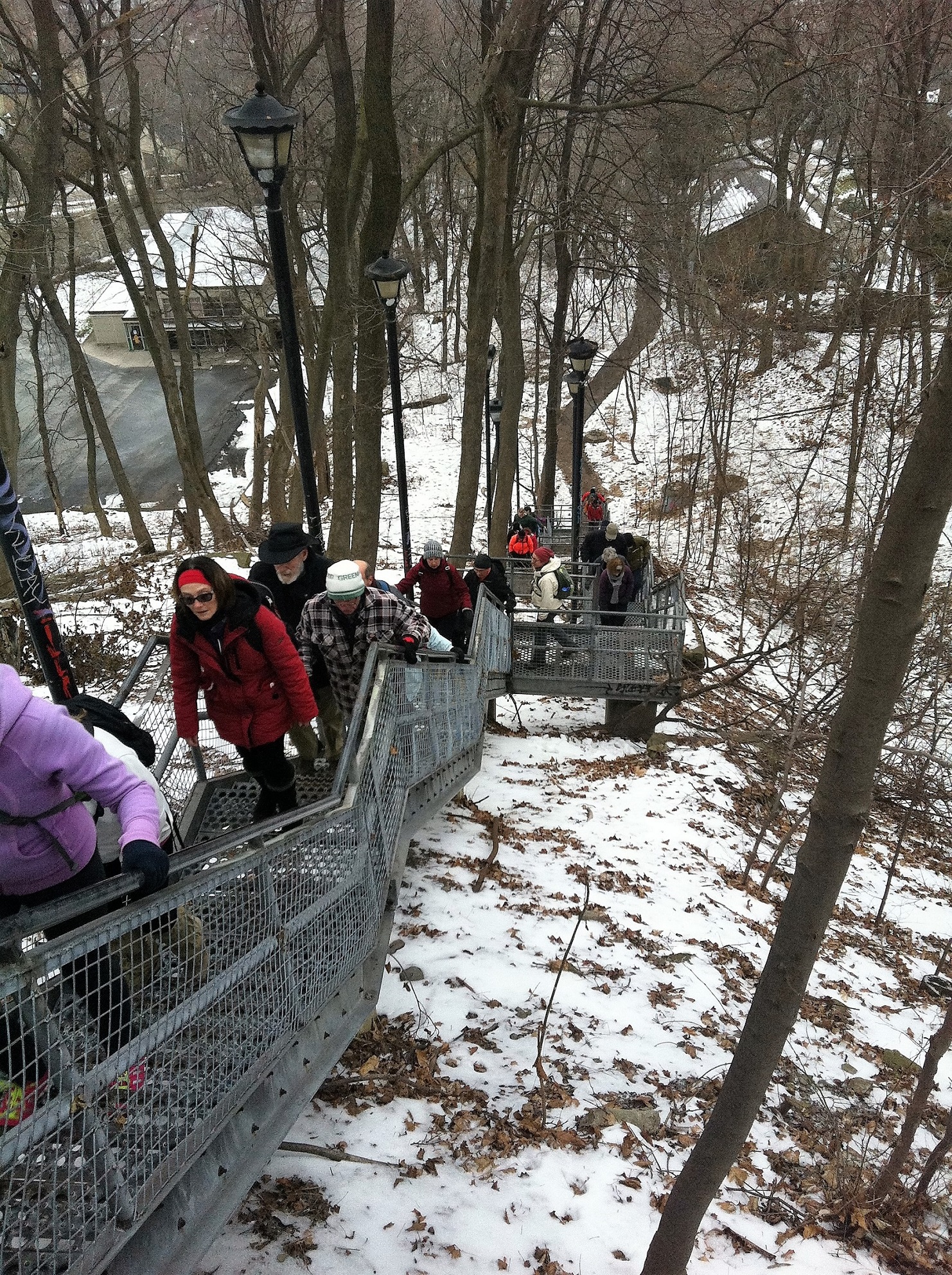 There are 227 stairs. The original James Street wooden steps were replaced in 1987 with the current steel stairs.

In 1842 there was an inn at the top of the escarpment where Southam Park is now located. By 1850 the Mountain View Hotel was erected. Farmers travelling in from townships south of Hamilton rested their horses there on the way to and from the Hamilton Farmer’s Market. It offered patrons an unobstructed view of the city below and Lake Ontario beyond. The hotel also served as a lookout during the Fenian threat in 1866. It was destroyed by fire in 1878 and replaced by a new five-storey structure that included an elaborate observation tower in 1881. In 1890 a pavilion was added for events. Access was improved with an Incline railway immediately to the north. When the establishment’s liquor license was revoked in 1916 the property was sold. It then served as the home for the Hamilton Hunt Club. The building was razed in 1937 and the grounds were donated to the City of Hamilton for use as a park in 1943.

In 1892 Hamilton’s first incline railway was located at the base of the escarpment. It was known as the Hamilton & Barton Incline Railway and until 1932 connected to present day Upper James Street.James Street.

It opened June 11, 1892, it was heavily used by residents and tourists alike. The 75-second ride provided a convenient link between the city and Barton Township for both pedestrian and horse-drawn traffic. Improved mountain access roads and the rise in popularity of motorized traffic caused a steadily declining number of customers. The line ceased operation on December 26, 1931.

The abandoned rails and equipment were removed during World War II and the right of way came under the jurisdiction of the Hamilton Parks Board.