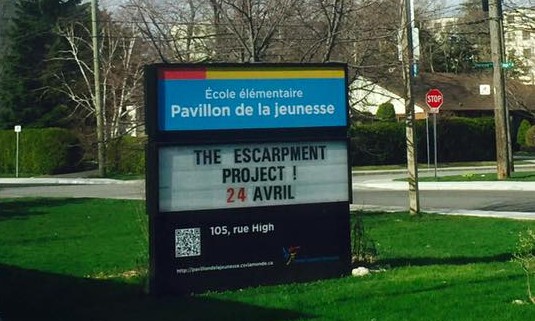 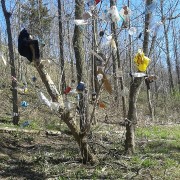 THANKS TO YOU! The 2016 Escarpment Project Clean-up was a huge success! It was the best year yet in terms of the number of people who showed up, the amount of area covered, the amount of garbage removed and even how mother nature cooperated with us. THANK YOU! to the hundreds of volunteers who took part! 823 to be exact. Wow!! Not only that, there were over 850 bags of garbage removed plus dozens of tires, auto parts, shopping carts, bicycles, patio furniture, PVC piping, scrap metal and more. Some of the more interesting items included three steering columns, a bowling ball, a car trunk (it was a Volvo), a gas tank, two toilets, a power drill, a chicken cage and a wooden Santa. In Grimsby we also discovered a garbage tree. 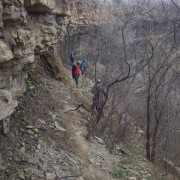 The day started on a high at 8:00 am with the Alpine Club of Canada – Toronto Section, scaling Devil’s Punchbowl to remove litter from the steep cliff face that is not removable without skilled climbers. It was fun to watch them repel and we hope it will inspire more athletic groups to take part next year. 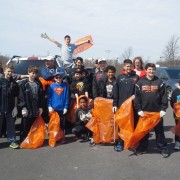 At about 10:00 other volunteers began showing up to help at each of the locations including the Armes Park portion of the Rail Trail between the Kenilworth Stairs and Albion Falls. The Peewee Steelhawks hockey team cleaned up that area and many students from Ecole Elementaire Pavillon de la jeunesse cleaned up the Rail Trail by the Kenilworth Stairs. It was great to see so many kids showing up with parents or with their teams. We also discovered that several other groups cleaned up areas that weren’t on our list this year. It’s fantastic to see that kind of participation. 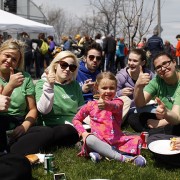 Just before 2:00 hundreds of volunteers gathered at the Punchbowl Market for a celebration with music, food and fun. The East Hamilton Optimist Club BBQed burgers and sausage and Rony’s Rotisserie BBQed chicken kabobs. Pizza from Roma Bakery was also available as well as beer from Muskoka Brewery. We hope you were able to attend the BBQ and also hope you had an enjoyable day. THANK YOU! for helping create a better environment in the communities in which we live, play and work, and THANK YOU! for setting such a great example for others to see and hopefully learn from and emulate. We look forward to doing it again next year.

A video of this year’s clean up and photo gallery will be released soon. If you have photos and video footage from the clean up please forward it to us so we can show your great work to others as well.

Be a Part of the Escarpment Project Team
Scroll to top