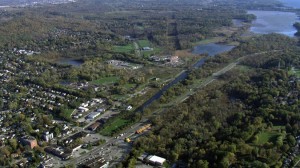 An ambitious plan to grow one of Canada’s largest urban parks is in need of about $5 million in fundraising fertilizer.

A long-standing vision to protect and connect more than 2,500 hectares of natural land between Cootes Paradise and the escarpment has coalesced into a formal proposal for a “Dundas EcoPark.”

Supporters envision a protected patchwork stretching between Dundas and Highway 6, an area home to more than a quarter of Canada’s native plants and a variety of endangered and threatened species.

What the vision needs now is cash.

Much of the money will be immediately directed at buying land in the Pleasant View area abutting property already owned by the Royal Botanical Gardens.

“It’s kind of a big hole in an area of otherwise protected natural lands,” said Jen Baker, a land acquisition specialist with the Hamilton Conservation Authority.

“If we’re successful (in buying land) there, the result will really stand out.”

The authority has already conditionally purchased a 21-hectare plot of former farmland that has been the on-again, off-again target of development for more than a decade.

Part of the cash raised will likely go toward that $800,000 purchase, she said, adding the foundation has to come up with the money by the end of March.

“There is some urgency to the campaign,” she said.

The planned land purchases would be the biggest so far aimed at protecting and connecting natural areas for an urban park, said David Galbraith, head of science for the RBG and the chair of the project steering committee that includes representatives from the city, Burlington, the conservation authority and several other landowners.

“It is very exciting to see things move forward,” said Galbraith, who added project partners are also working on a governance model.

The City of Hamilton recently committed to pay about $15,000 annually for three years to help cover administrative costs associated with the project.

The foundation has partnered with McMaster University professors and students to create a video campaign for the fundraising drive.