News & Blogs
You are here: Home / The Escarpment Project Annual Clean-up / News & Blogs / In The News / Hamilton Turtles at Risk of Extinction 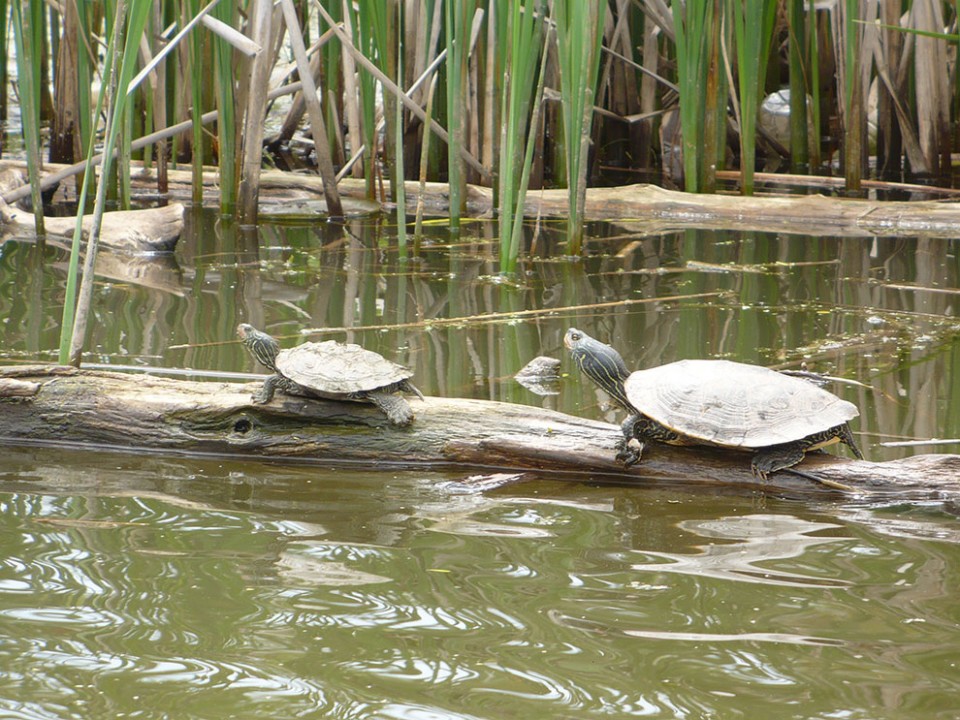 One thousand turtles are all that remain of a population that was once so vast it was impossible to count the numbers.

“It’s quite a few less than there used to be historically,” Tys Theysmeyer, the head of natural lands at the Royal Botanical Gardens, explained. “We have no numbers to compare to, though, because they couldn’t count them all back then.”

After four years of research into the types of species, their location, numbers and status, the Royal Botanical Gardens is hoping to launch an effort to preserve and restore the turtle populations in the Hamilton area.

Only five species of turtles remain in the region — down from seven historically — and two of these species are dwindling fast: the musk turtle and the Blanding’s turtle.

“They’re damn close to totally disappearing,” Theysmeyer said. “There are less than 20 Blanding’s turtles [in Hamilton] and fewer than five musk turtles.”

About 80 per cent of the turtle population lives in Grindstone Marsh, while the rest live in Cootes Paradise. The numbers have dwindled over the years for a number of reasons, according to Theysmeyer. For many years the turtles’ habitat, the marshes, was polluted and unprotected — although recent restoration efforts have helped reverse many of these effects.

There’s also been an inflation in the number of local raccoons, which feed on turtle eggs. And the turtles’ migratory paths cross highways where many are killed, further contributing to the drop in the population.

On Thursday night, the Royal Botanical Gardens is hosting an open house to alert the public to the conservation efforts. Its experts will discuss their plans to protect the turtle population and seek public input and support. The meeting runs from 6:30 p.m. to 9:00 p.m. at the Gardens’ Cafe Annex, at 680 Plains Road West.

Theysmeyer said there are a number of ways they’ve identified where the Gardens, city and public can help. One method would be small barriers on bridges to force turtles to cross the highway via the creek, rather than the road, when migrating to lay their eggs.

“We would also ask the public, if they see a turtle in migration, to leave it alone rather than return it to the marsh, as it could be on it’s way to lay eggs,” Theysmeyer suggested. “If you’re a local neighbour and a turtle lays eggs on your property, protect the nest and let the turtles be.”

The gardens will be releasing a final document in March that fully outlines their research and their plan to help turtle populations in Hamilton recover.