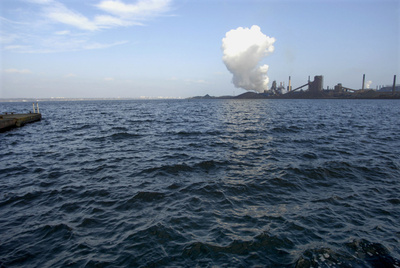 The federal government removed the last remaining hurdle facing the cleanup of Randle Reef this morning.

Environment Minister Peter Kent was in Burlington today to announce a top-up of federal funding for the $140 million project.

Both the feds and the province previously promised around $30 million before project costs jumped due to inflation.

Both the city and the province topped up their contributions last month.

The 12-hectare shale reef is heavily polluted with coal tar, a byproduct of turning coal into coke. It is also the biggest toxic coal tar deposit in Canada, now that a cleanup of the Sydney tar ponds in Nova Scotia is almost complete.

Though the feds have informally committed to cover the full share of the costs, it has yet to release that funding.

Environment Minister Peter Kent recently stated in question period that the top tier of government was waiting for the province’s updated commitment before officially freeing up its $46 million contribution.